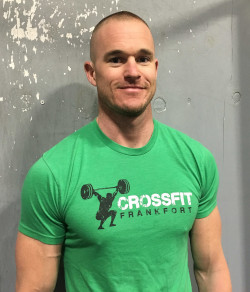 My name is Josh Spalding. I was born and raised in Versailles, KY. Since childhood I’ve always enjoyed anything outside and competitive. Around 7 years old I started Taekwondo. This taught me many things: respect, discipline, perseverance, and how to maintain control of emotions along with other things about life at an early age. I wasn’t always the most popular kid in school due to training in Taekwondo, while everyone else was playing football, baseball, and all the other “standard” school sports, but it gave me drive and discipline. As an elementary school kid, I received my first black belt. I continued my training and we traveled all around the U.S. competing, and secured the KY State Championship in my age group for 4 years in a row. I loved competing and the feeling of success after all the hard work I had put in. I pursued rank advancements, which opened a lot of opportunities for me at a young age to include teaching and giving private lessons. I eventually received my 3rd Degree Black Belt and expanded my training knowledge in Krav-Maga and Brazilian Jiu-Jitsu.

As a typical High School boy by now, I shifted my focus on anything fast and loud. My entire life, I sought out anything that would give me an adrenaline rush. A true country boy at heart, I loved spending time on dirt bikes and 4wheelers. I spent most nights in a parking lot full of trucks, on a farm hanging out, or at truck pulls and I loved every second. With all this, I still felt like something was missing. That’s when I met my wife Ashley on a blind date, and it was “love at first site,” when I saw her smile.  Fast forward a decade or so and we now are happily married with 2 beautiful girls, Tara and Allie. My family is my world and Ashley really is my best friend!

Still undecided on what I wanted to do with my life, I decided to start volunteering at the Versailles Fire Dept. I always enjoyed helping people and liked watching people succeed on a competitive level. I was hooked instantly the first time I went screaming down the street to a call! This led me to enroll in college for Fire Science, where I graduated with my EMT training as well. I accepted a job as a firefighter/police officer in 2009 at Louisville International Airport, which sent me through 18 weeks at the Department of Criminal Justice Training Center in Richmond, KY. This taught me a lot about being a member of a team and operating as a well-oiled machine.

After 2 years I took a firefighter position in my hometown of Versailles where I spent another 2 years before I jumped at the opportunity to work with the largest Fire Department in the state, Lexington. After their lengthy testing process, I was accepted into their Recruit Class 67 in 2013.  I spent about 16 weeks perfecting the trade and training with some of the best people I’ve met.  I am still working there today as both a fire fighter and paramedic.

I was first exposed to CrossFit in 2013 in the Lexington Fire Academy. I was hooked and my competitiveness drove me to seek out more info. I watched tons of videos and followed the CrossFit  main site. I pushed to learn all the skills and endured many of the brutal workouts. I loved how CrossFit can push a group of people at various levels of fitness, all to their own max. After a few years of trying to figure things out on my own, Ashley and I decided to join a CrossFit gym and see what it was like having a coach and joined CrossFit Frankfort in 2018. We were nervous, just as everyone is from watching everything on tv and online, you see some amazing athletes. I walked into CrossFit Frankfort and was met by high fives, handshakes, and nothing but positive attitudes. The people and community at CrossFit Frankfort are amazing, welcoming, driven, a second family and much more. From day one they have supported Ashley and I!

After a few months with CrossFit Frankfort, I decided to pursue a goal I never thought possible, being a Coach!  In the Fall of 2018, I completed my CrossFit Level 1 certification at CrossFit Mayhem in Cookeville, Tn, which is best described as Disney Land for CrossFitters.  With my career, it was already known that I enjoy helping people, but on the sport and competitive side, I love nothing more than pushing someone towards a goal and watching them do things they didn’t think possible.

My personal goal is to someday make it to the big show and compete in the CrossFit Games. Hard work pays off, as long as it’s put in, so that’s what I am doing. While training for personal goals, I’m coaching all the awesome people and athletes at CrossFit Frankfort, where everyone is pushing each other to be better. Some may think, “I can’t do that!” It’s my job to help you dig deep inside and push past those fears. I’ve seen some amazing things and met some amazing athletes at CrossFit Frankfort. The entire CrossFit community, regardless of city or location is a family. I love coaching and the constant evolution of the sport. Things are constantly changing, athletes are getting faster, stronger, and more skilled. The sky is the limit, you decide the height!!!