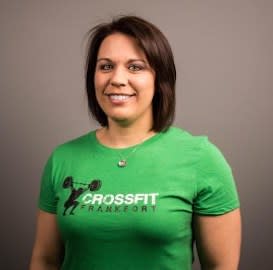 Growing up in NC ACC basketball was my first love! I began playing basketball in elementary school and never looked back. I discovered volleyball in middle school and played both volleyball and basketball throughout high school. After earning a volleyball scholarship to Elon University where I majored in Secondary Science Education and Chemistry, the desire to coach and give back to the sport that had given me so much was my ultimate goal. Upon graduation I pursued collegiate coaching at Georgia Southern University with the volleyball program. While at GSU I completed my master’s degree in Sport Management. I went on to become the Head Varsity Volleyball Coach at Roswell HS in GA where I also taught HS chemistry and then onto the University of North Carolina at Greensboro where I was the Assistant Coach for 3 years from 2002 – 2005. After meeting my husband and relocating to Pittsburgh, PA, I again began coaching High School Volleyball as the Head Varsity Coach at McKeesport Area School District where we worked to revitalize the JV program and start a middle school program followed by a Head Coaching position at West Allegheny High School. It wasn’t long until I was invited to Coach with the premier Volleyball Club in Pittsburgh – Renaissance Volleyball. It was here that I really began to sharpen my coaching skills working with Brian Begor and John Romano.

After relocating our family to Frankfort, KY in October of 2012 (3 weeks after the birth of our second child) I desperately needed to find a gym. I looked into CrossFit and at that time, Frankfort did not have any boxes. A few months later I passed Coach Jason’s truck with CrossFit Frankfort on the side and the rest, as they say, is history. I started at CrossFit Frankfort September 4, 2013 and have never looked back! Since starting CrossFit, I have lost 45 lbs, witnessed immeasurable improvements in my health and can definitely keep up with a 5 and 2yr old! I have made quick friends and have a new “family,” not just here in Frankfort, but everywhere I go. CrossFit is a unique fitness community and definitely brings new meaning to #fitfamily. I am excited for the opportunity to once again coach and share my knowledge, passion and love for CrossFit with others. I look forward to seeing you in the Box!